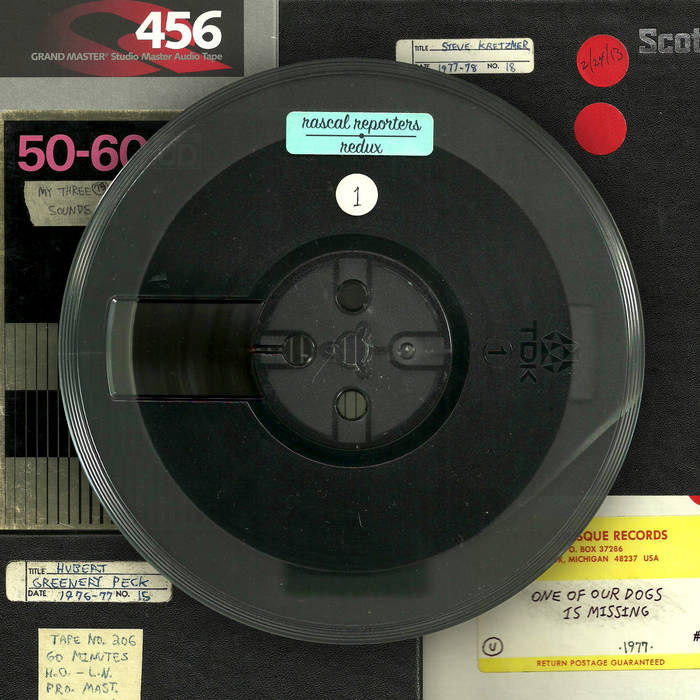 DoomZappo Who would have thought that the best progressive rock album of all time wouldn't be released until 2019? Favorite track: Egos Explode.

While Rascal Reporters are known for making and releasing complex music, there nonetheless remained many pieces in the archives - mainly pieces written by Steve Kretzmer in the mid to late 70s - that were considered too complex to overdub with the resources available and the restrictions of recording equipment at the time. And so, while they felt these songs were some of their finest compositions, they were never completed.

With the 'Redux' series, these songs are finally coming to light, being fully produced, remixed and overdubbed with additional drums, bass, guitar and keyboards by new Reporters member James Strain, almost like a baptism by fire. This includes all 14 minutes of "Hubert Greenery Peck", the ever undulating "One Of Our Dogs Is Missing", a psyched out Steve Gore synth jazz rock piece from the 80s "Egos Explode" and even a pop song with vocals by Kretzmer, "Her Kind".

A second volume in this series is already being prepared, with many more fully composed pieces in the archives waiting for a full production treatment, and is planned to follow the forthcoming Rascal Reporters full length studio album, "The Strange Case Of Steve".

All source recordings taken from the RRkives, digitised by Brian Donohoe from the original reel-to-reel tapes, DATs and other media.