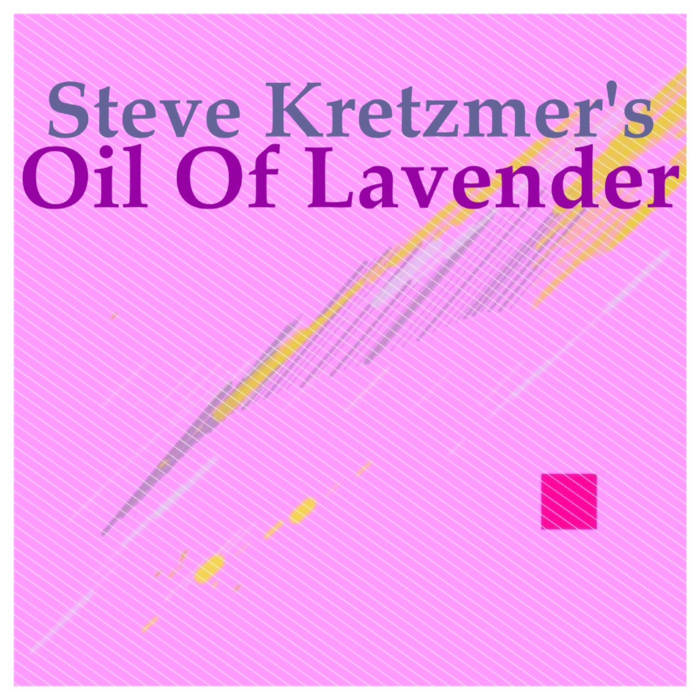 "I was listening to [Steve Kretzmer's Oil Of Lavender] last night, and I did one of those hand gestures where I pass my hand over and past the top of my head. Some of the keyboard arrangements and time signatures are completely over my head..."
-Steve Gore, from an email to Steve Kretzmer, 2007

Rascal Reporters fans take notice: Here's Steve Kretzmer's unique 1986 solo album, freshly remastered from the original stereo mix. All five songs on Oil Of Lavender are vocal songs, which the Rascal Reporters were beginning to abandon by this time. Here, Steve can be heard cleverly plying influences from The Residents, John Lennon, early Genesis, and the Canterbury music scene, while the bubbly Casio keyboard and gurgling Yamaha synth sounds help guide these tunes into humorous waters (a fitting metaphor, perhaps, since various sea creatures surface often in Lavender's lyrics). Only a handful of the completed cassettes were ever given out, but an unofficial CDR release in the late 90s, plus website streaming ten years later, helped this unheralded gem gain a following.

"I originally intended Oil Of Lavender to be released under the pseudonym Kobolds. Instead, it ended up being by Steve Kretzmer. I find it hard to remember all the details, but I'm sure I used a Casio keyboard, Yamaha synthesizer, Maestro unit, bongos, recorder and melodica on these tracks. Beyond that, I'm not sure what I did! There are no drums because I didn't have access to a kit in Jackson, Michigan, where the bulk of it was recorded. However, I think it's rhythmically astute, and hope to heck that you enjoy it!"
-Steve Kretzmer, 2013

The music contained in this digital download was originally recorded on analogue equipment. We have attempted to preserve, as closely as possible, the sound of the original recording. Because of its high resolution, however, this digital music file can reveal limitations of the source tape.